Welcome to 2015, a year which I have decreed is to be a hell of a lot different to 2014 Certainly in respect to my attitude towards myself and the way I do things, but that’s for later in this post.
For those who aren’t aware my overall life goal is to overthrow the shackles of corporate servitude and write for a payable living.

So my goals are mostly about writing and improving my craft.

However, before I look at next year’s objectives, I want to have a look at my 2014 objectives and see just what I achieved.

Well it hasn’t been all bad. I smashed my reading target of 18 books by reading a fantastic 30 books in 2014.

I also wrote just under half of my flash fiction target. I set it as about one flash fiction post per week. Not bad, and it’s worth considering that if you look at blog posts in total I wrote over 100 over the two blogs which is something I’m proud of

The down side is that the larger areas of writing or the bits that I was less enthusiastic about have pretty much fallen by the wayside. I didn’t write anything towards the draft 0 of my novel. I didn’t look at the book of short stories, and I didn’t touch my writing course in the entire year.

There were difficulties in the latter half of the year. My anxiety, stress and depression put quite the crimp on my attitude towards things. All I wanted to do was to escape by watching films, playing video games or reading. I told myself that I wasn’t in the mood for anything other than that. I am determined that the same thing is not going to happen this year.

It’s going to be difficult, but I am starting 2015 with a more positive attitude. Rather than “feeling that I will be stuck in my day job forever”, or that “I will never write for a living”. I’m going to look at practical steps to start moving towards this goal. I’m going to dump the fear which is what all my procrastination stems from. My objectives are also not just going to be about writing, but also about increasing my overall mental health and happiness, which is pretty darn obvious but I think everyone forgets about that sometimes.

The biggest challenge will be getting my arse in gear and completing the writing course. The driving test, although has been mentally taxing and a source of great anxiety over the year is looking like an achievable goal.

It’s important that I try and carve out a career for myself by writing. I want to start sensibly and just get used to writing for cash. This is why I have only said write 5 articles, not get theme published just write them (oh, and send them of course). Once I get into the routine, I’ll start feeling like I’m going somewhere.

These are, as far as I am concerned the things that must be done this year.

My secondary goals take a more general and low-key approach. There is a goal on reading, blog posts, novel writing, but they are all non-threatening and achievable. It is important for me to not try not to cram too much in to the year. I’ve done that previously, and I struggle and then give in. It is better to achieve easier goals than fail to hit harder ones, at least I think so.

The hardest goal to achieve is the exercise. If you go back to my last year’s resolutions, I was so proud of the exercise I did during that year. I was amazed at how good I could feel about myself. It’s also no surprise that because I haven’t exercised this year, the reverse is horribly true as well.

Oh, and I’m also joining a book-club in a couple of weeks, and I’m rather excited about that too.

For my own sanity I need to start living.

I’m trying to think of a punchy catchphrase that will be my mantra over the next year.

I think I’m going to go with…

What? Is that one used?

Pffff! Well you get the idea.

What goals or objectives have you set for yourself? Link them in; I’d love to have a butchers… (Oh for those not versed in Cockney Rhyming slang, butchers is slang for Butchers Hook or ‘look’.)

One thought on “2015, My Objectives for a Dissimilar Me”

So, what are you thinking? Cancel reply 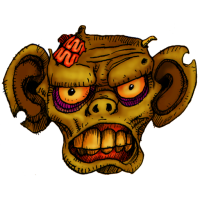